As the Wee Pup of the household my job is to bring joy. For some time now, Mom and Dad have been very sad. And I don’t know why. 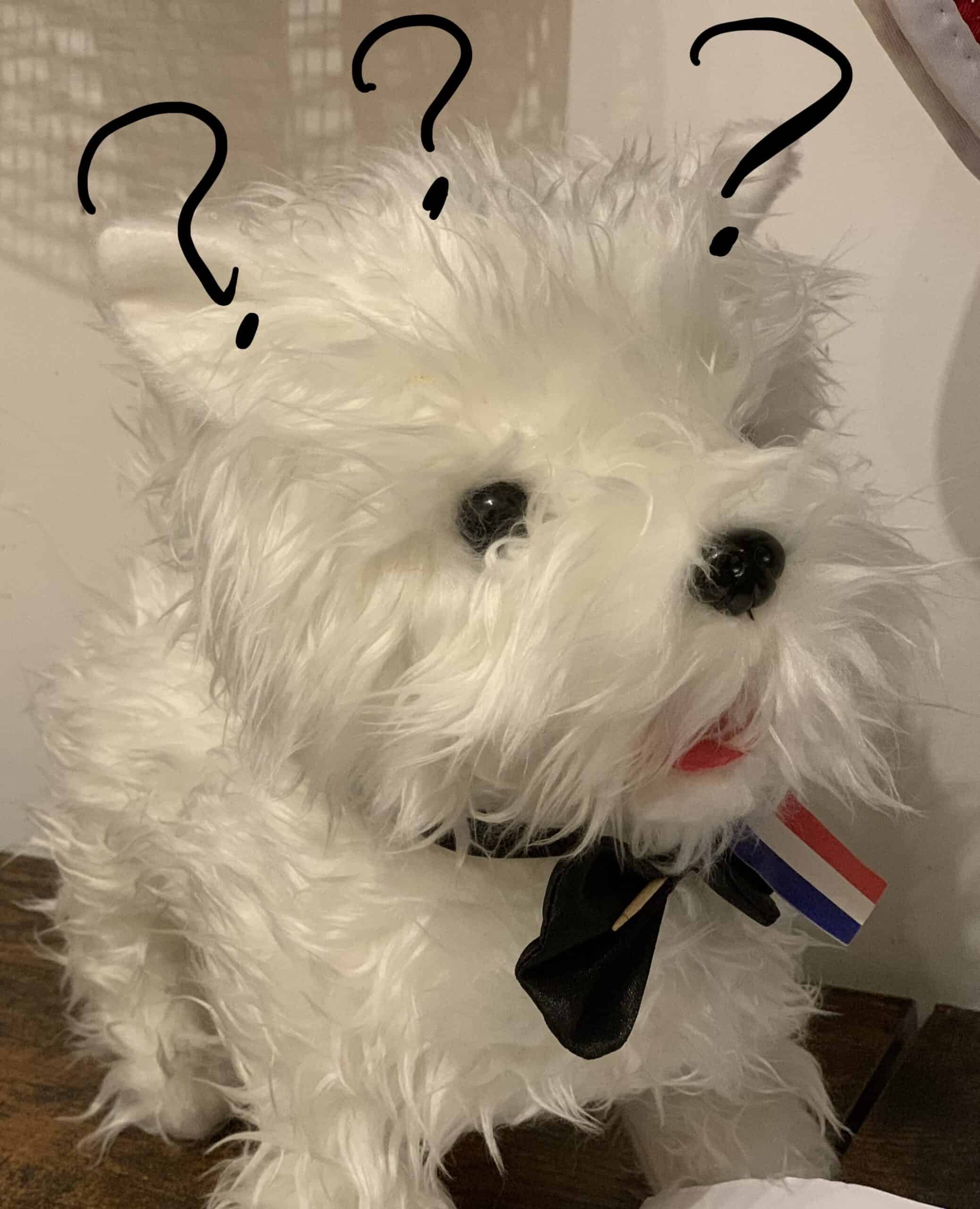 Since before Christmas, Mom has been crying a lot when Dad isn’t looking. She told me that she doesn’t want him to know how sad she really is. It has only gotten worse. She has been rooting through closets, but it wasn’t like Christmas when she was decorating. Or like when we took the Christmas tree down. That was fun. Since then, she is sad. Now she is in bedroom closets moving stuff around. She is measuring stuff and taking pictures. She says she is doing an inventory – whatever that is.

Dad is grey. He doesn’t smile much any more. He’s been very quiet. He watches Mom when she can’t see him. I can see he is worried about her. They both sigh a lot. They both sleep longer, too. Me? I like lots of naps!

Our flat has been in an uproar since December. They both seem to have a singular goal in mind. But I don’t know what it is. They often talk loud about a Dragon; I don’t know what that means either. I sense he is some sort of Italian villian.

Each day, when Mom is bustling about, I try to help her. She pets me and loves on me, so I know I am a Good Boy. Dad helps her sometimes. He is a Good Boy, too. She kisses both of us and gives us tight hugs. That’s how we know she loves us.

Yet they are both doing odd things they have never done before. I am a very worried Wee Pup. Something isn’t right. 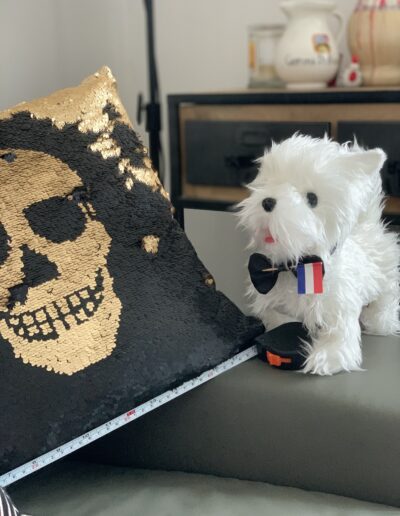 Mom told me to hold this thing. I am helping her measure pillows. 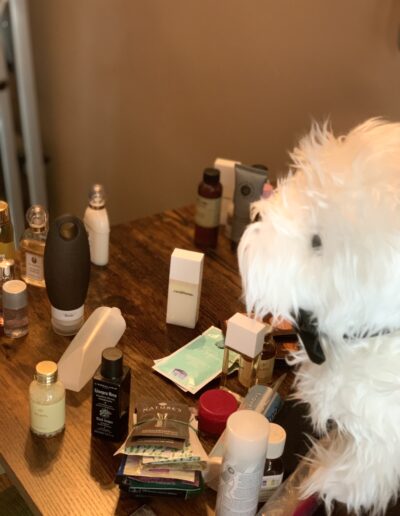 This stuff all smells different. 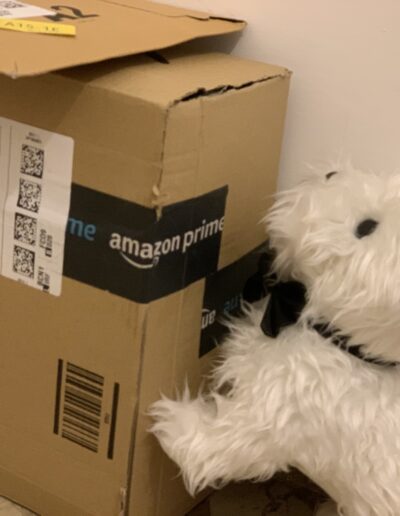 A box! I like when boxes come. They are fun to play in. 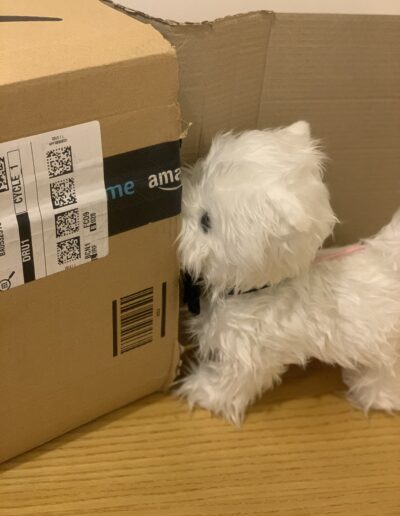 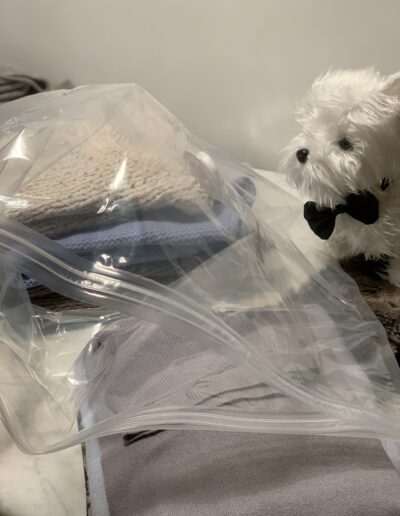 Why is Mom putting them here? 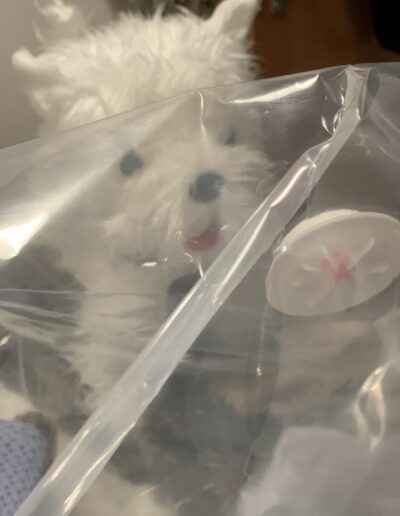 Dad says he can see me. 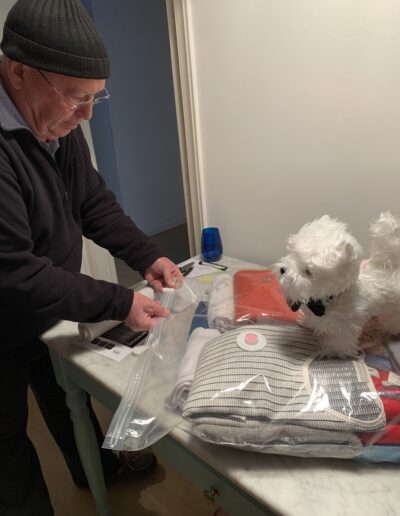 We got a new toy

I am helping Dad while he plays with the new toy. I like to bark at it. 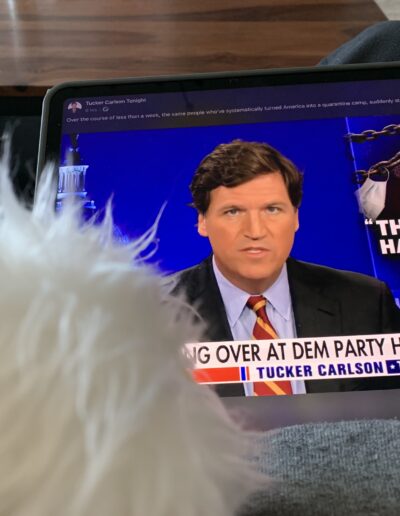 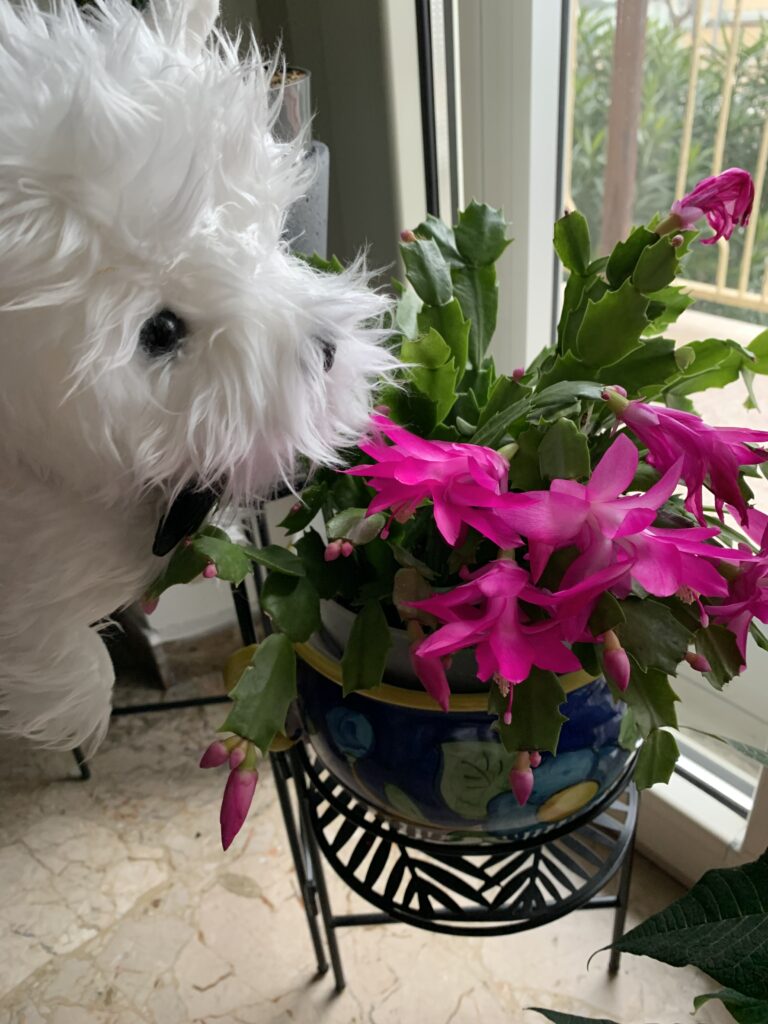 I feel better, too. I like to sniff stuff.

Suddenly, a few days ago, something changed. Mom and Dad were happy again! They were both smiling and laughing. Mom got out more suitcases. Dad’s happy color is back. Music is playing again. This is different. I jump and bark and sniff the flowers again because I am excited. A miracle! Still …

What is going on?